The Malta Cricket team hosted the Hungary national cricket team last weekend, in which it sealed a 2-1 series win and consolidated its excellent record in the newly formed European Development Cricket League.
From their last 12 internationals, Malta have won an impressive 10 matches and lost only 2. The victories over Hungary added to recent triumphs over Russia, Poland and the Czech Republic. 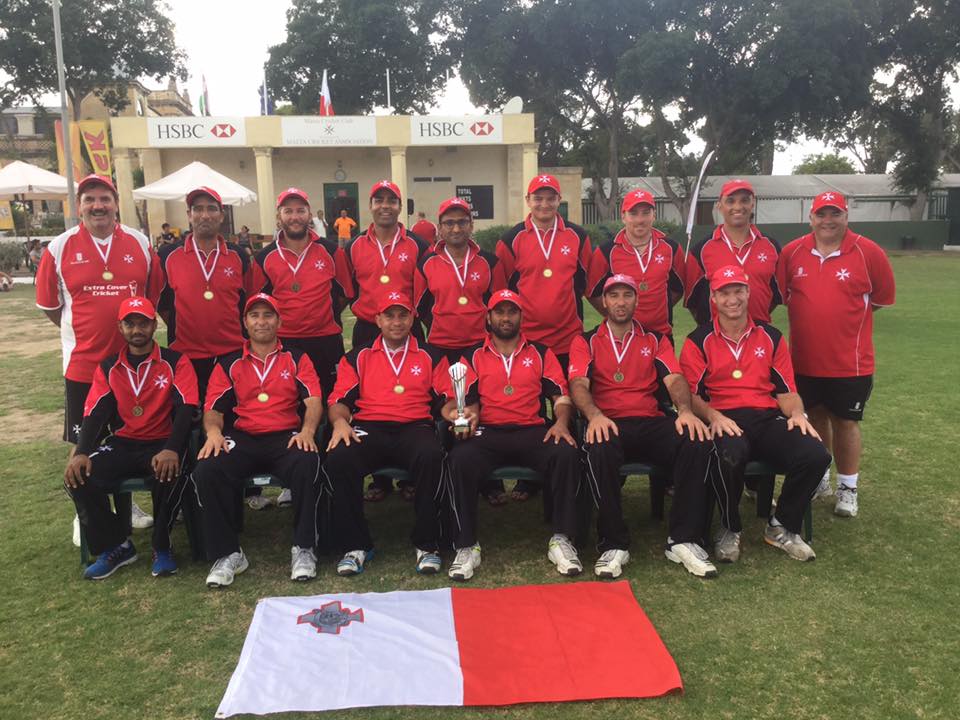 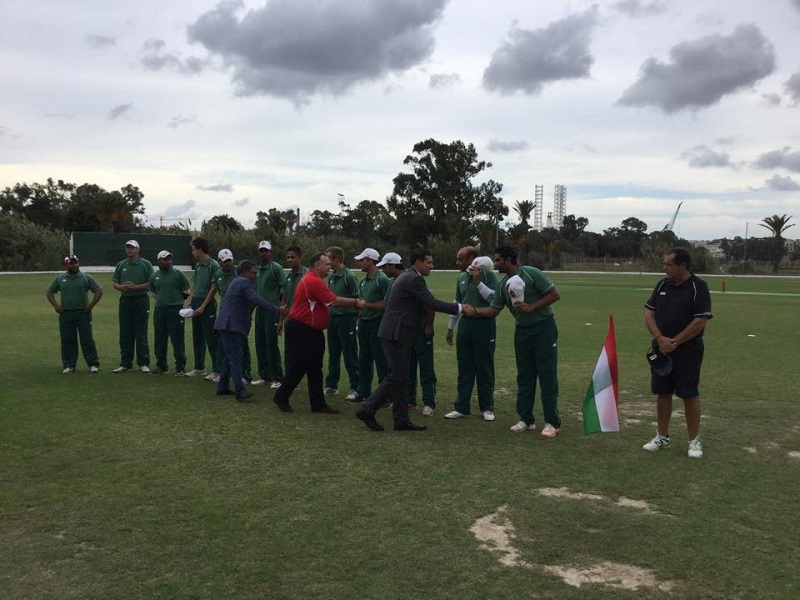 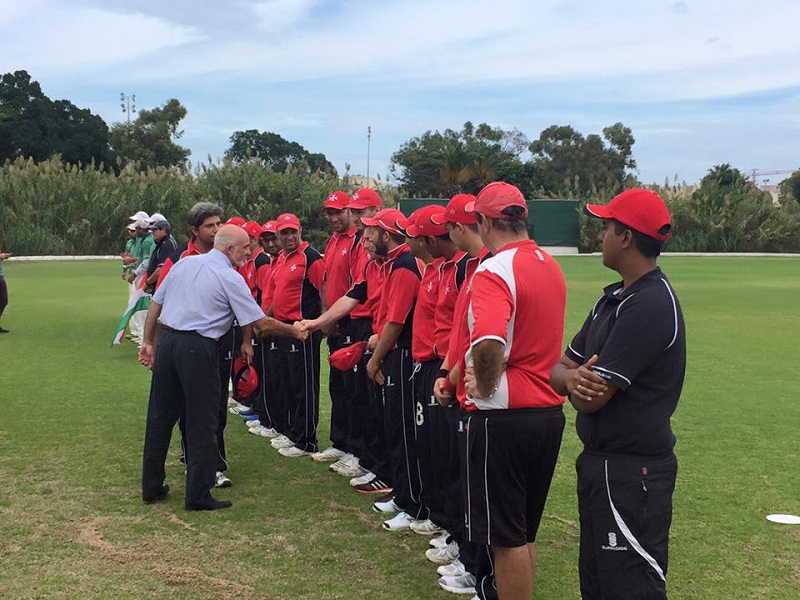 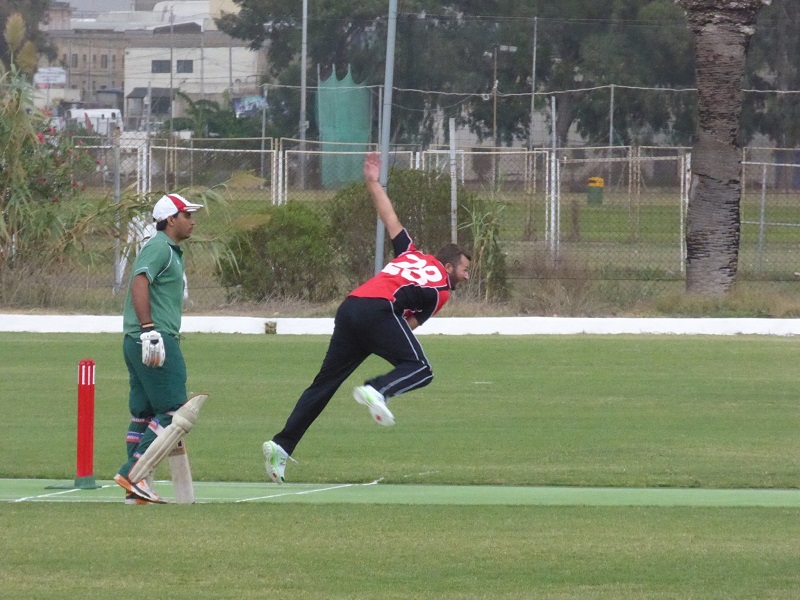 Andrew Naudi bowling during his 50th International for Malta 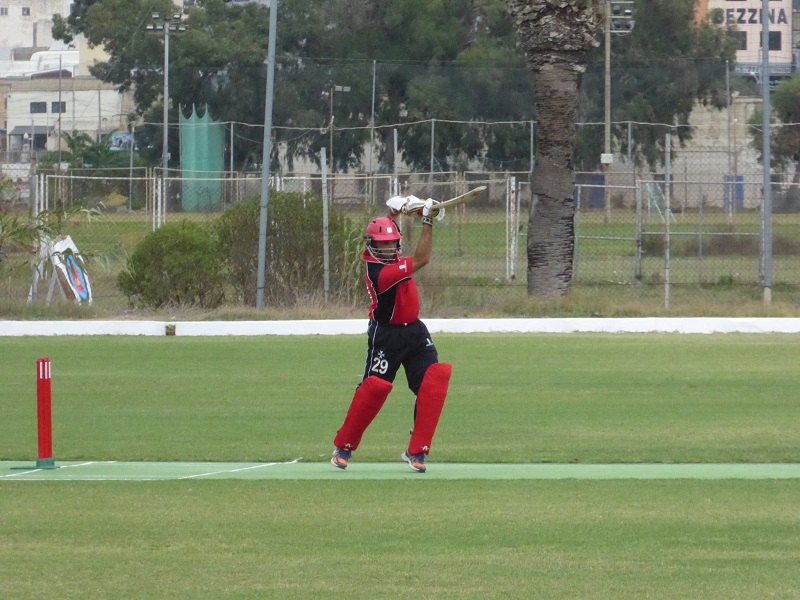 Friday’s 2nd T20 began after a warm welcome from Malta Olympic Committee President, Julian Pace Bonello.
It was an improved batting performance by the Hungarians with Marc and Stan Ahuja scoring 48 and 51 respectively. The pair combined in an 86 run partnership off only 13 overs. The Hungarians were especially severe on the Maltese bowling during the middle overs and 7 sixes catapulted them to a competitive total of 151 runs for 6 wickets. For Malta, Naudi, Khosla and Mehta took a wicket apiece. The Maltese run chase stuttered throughout and the run outs of Khosla (8) and Naudi (4) were particularly costly to the home side’s hopes. Following the dismissal of Niraj Khanna for 15, a fighting partnership between Majeed (36) and Mehta (24) brought Malta back into the contest. However, the demise of Ronnie Sacco, Sam Aquilina and Malcolm Crabbe signaled the end for Malta as they were bowled out for 133, handing victory to Hungary by 18 runs.

Sunday’s 3rd and final match in the series was a 50 over – One Day International.
Proceedings started early with Hungary electing to bat. A more focused and disciplined effort in the field by Malta saw Hungary dismissed for only 123 runs in 40.5 overs. It was once again Stan Ahuja (44 runs) who held the Hungarian batting line up together. Like Thursday, it was a real team effort by Malta and Parth Mehta (4 for 14) was well supported by all the other Malta bowlers.

The home team’s reply began briskly with Nowell Khosla striking 4 early boundaries before he was clean bowled by fast bowler Zeeshan Khan. Following the lunch-time presentation by H.E. Jane Lambert, the Australian High Commissioner to Malta; Frank Spiteri and Chris Chellew added an unbeaten 85 runs which sealed the victory for Malta with 27 overs to spare. Chellew’s 62 made him the top run scorer in the series, while Spiteri’s 26 runs made him the first Maltese batsmen to pass 1500 international runs for his country.

On Sunday evening a presentation dinner was held at the Marsa Sports Club with the awards presented as follows:
Man of the Series: P.Mehta (Malta)
Best Batsman: S.Ahuja (Hungary)
Best Bowler: Z.Khan (Hungary)

This brought to an end a very successful weekend for Malta Cricket and the 3-day event also raised a generous amount in aid of the Malta Community Chest Fund.