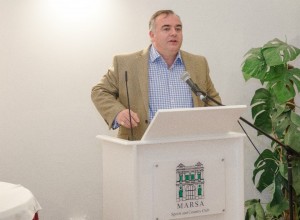 Welcome to the new look website for the Malta Cricket Association, it is a fresh new site, with pages dedicated to the cricketing activities of our national team, our local clubs & leagues and our developing youth.

The Maltese are very proud of their cricketing traditions, in fact cricket has been played on the island for over 200 years with the first games being played between sailors of Nelson’s fleet when they came to Malta in 1800. Since that time we have had many greats of the game play here, including W.G. Grace who was a member of Lord Sheffield’s XI who stopped off in Malta on their way to Australia and played a game against “Malta” at the Royal Naval ground on 09 October 1891.

Malta is an affiliate member of the ICC and is proud that it has competed in international tournaments since 1995. Since this time the ICC have undergone a number of changes in the way that it funds and supports cricket at the development level, none more so that in 2013 when it removed a number of developing nations, including Malta, from its regular international competition cycle. We haven’t looked upon this as a negative, but have seized the opportunity of hosting and playing in international tournaments against other developing nations and have used these to promote the game to the Maltese population. We have been successful in the past two tournaments that we have played in, winning both the Malta T20 in 2013 and the Pan European Trophy held in Hungary in 2014. The team, who are on the back of a seven game winning streak, will compete in two tournaments in 2015, the Central European Cup in Prague in June and our own International T20 tournament in October. There are currently 106 member nations of the ICC and Malta currently sits in 74th place in the ranking tables. We are hoping for continued success in these tournaments so that our ranking can be improved and our development work enhanced.

As I write this introduction, the wind is howling and rain is lashing down and it is hard to imagine that cricket is played on the island practically every week. Malta benefits hugely from the Mediterranean climate and our location is very easily reached from all parts of the globe meaning that apart from our local leagues, touring teams find Malta a very easy location to tour. We play host to many touring teams every year, some are coming for the first time, but many are returning year after year to experience the warm hospitality that the Maltese have to offer and the high standard of cricket and facilities that we have at our main ground, at the Marsa Sports Club. The members of Marsa CC put in a huge amount of effort every year to ensure that our guest touring teams are well looked after and I would like to express my gratitude to them for this. If you are considering a tour for you team, please do get in touch early as bookings are made well in advance.

As mentioned previously, cricket has a long tradition in Malta, and the MCA works very hard to maintain these traditions with its Academy and links to local schools. Our Saturday morning academy regularly sees boys and girls being coached to play the game leading them to play for one of our clubs in the summer and winter leagues. The 2014 summer activity camp at Marsa Sports Club saw some 180 boys and girls trying out the game for the first time and we recently began a relationship with the Malta University to train sports undergraduates to be cricket coaches. There is still a lot of work to be done in this area, but with the dedication of our development officer and coaches we look forward to seeing the numbers of local children playing the game continue to increase.

I would like to take this opportunity of thanking our past and present partners and sponsors whose help in funding and supporting our association and initiatives have made so many of our dreams possible. With your support, the MCA will continue to work towards its goals of improving the standard of the national team, the growth of cricket in Malta and spreading the name of Maltese cricket across Europe.

I look forward to a successful year ahead, working with the MCA committee to recognise new initiatives and to develop the many ideas that we have for the future of our game in 2015.