The Malta Cricket team hosted the Luxembourg national team over the weekend, in which the visitors sealed a series win. After recent victories over Hungary, Russia, Poland, Romania, Bulgaria and the Czech Republic; the Malta team were in confident mood but missed chances would prove costly in all three matches.

Proceedings began with Friday’s opening ceremony as both teams stood for their respective national anthems and were greeted by Hon. Chris Agius, Parliamentary Secretary for Research, Innovation, Youth and Sport. 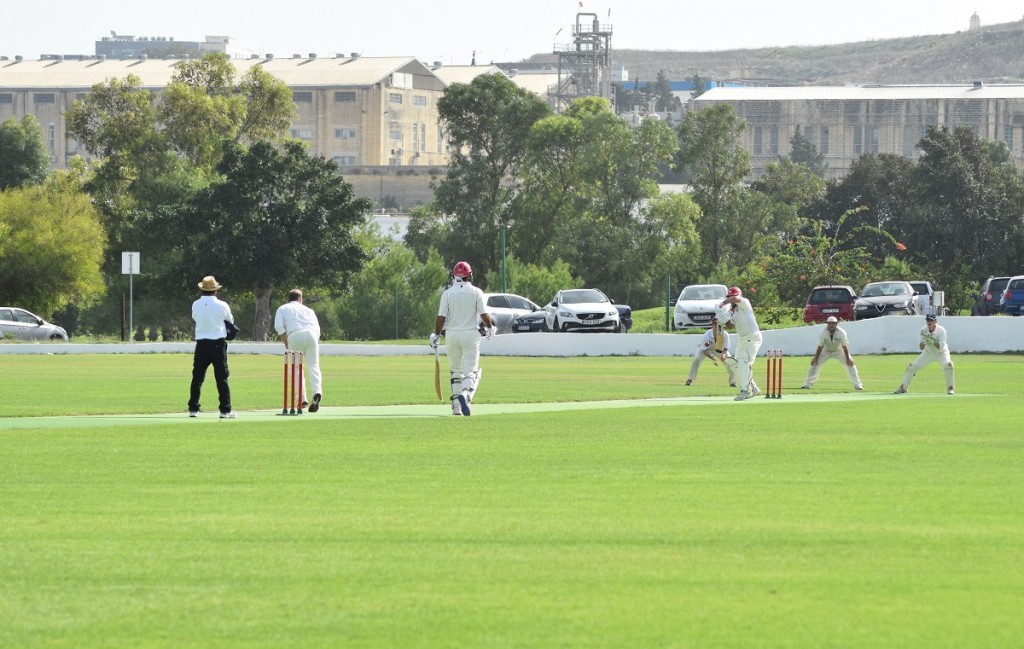 After Luxembourg were sent in to bat, William Heath (67) and Tim Barker (31) laid the foundation for a decent score with a second wicket partnership of 61 runs. Vikram Vijh shifted the momentum in Luxembourg’s favour with seven boundaries in his 48 runs from only 25 balls. His cameo catapulted Luxembourg from 65 in the first 10 overs to a total of 164 for 3 from their allotted 20 overs. For Malta, Andrew Naudi and George Agius took a wicket apiece. Malta’s reply lacked the required conviction and application. Captain Nowell Khosla (27) and Andrew Naudi (22) provided some resistance but it was to be a convincing victory for Luxembourg by 63 runs. Off-spinner Chris Fry was the main wicket-taker with 4 for 18 runs.

Saturday 30 overs:
Luxembourg once again batted first and posted an imposing 30 over score of 271 for 9, led by Tim Barker (83 off 50) and Vikram Vijh (56 off 32). Opener, Joost Mees also contributed a valuable 42 runs. The visitors were particularly severe on all of the nine Malta bowlers used. For the home side, Niraj Khanna and Feroz Ahmed took 2 wickets apiece, John Grima was particularly tidy behind the wickets and Mark Sacco held two excellent catches in the outfield. Malta’s riposte began poorly with the early wicket of Sam Aquilina. Nowell Khosla (31) and Andrew Naudi (15) saw Malta recover to 52 for 1, before both batsmen fell in quick succession. Niraj Khanna scored his highest international score (65) as he shared in a 79 run partnership with Bikram Arora (15). Luxembourg’s comprehensive victory was complete as a flurry of Maltese wickets followed (6 wickets for only 15 runs). Paul Bradley and George Agius saw Malta to the close, as they reached a respectable score of 158 for 9.
For Luxembourg, youngsters Luka Dacic (2 for 21) and Chris Fry (2 for 27) were the pick of the bowlers. Captain Tony Whiteman also chipped in with 2 timely wickets. 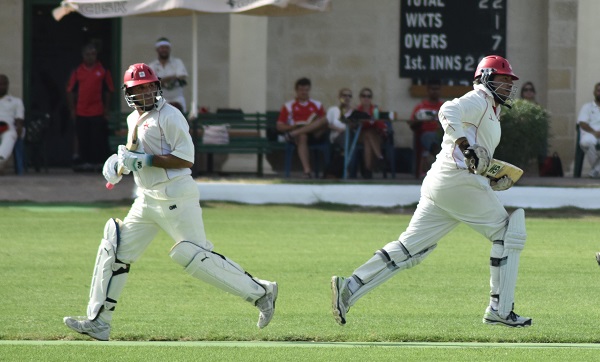 Frank Spiteri and Nowell Khosla shared in a 144 run partnership

Sunday 45 overs:
Luxembourg won the toss and elected to bat in the all-important 3rd match of the series with Malta looking for some consolation after two disappointing losses.
Luxembourg’s batting did not disappoint with contributions from all their batsmen. Chris Fry (72) and William Cope (40) provided a solid base for some late hitting by Tim Barker (34 off 18 balls). Malta’s spinners Andrew Naudi and Ronnie Sacco kept the Luxembourg batting line-up in check throughout the late overs and Malta went into lunch content with restricting the visitors to 266 for 7. For Malta, David Marks took 2 wickets for 48, while wicket-keeper Sam Aquilina snared a stumping and a catch.
After losing Aquilina with the score at 13, Nowell Khosla and Frank Spiteri set about consolidating the Malta innings. The pair reached the first drinks break with Malta at 60 for 1 from 15 overs. By the 30th over, they put on a further 100 runs and brought up their individual fifties. After a superb 144 run partnership, Khosla was finally caught in the deep for 70 runs. Niraj Khanna joined Spiteri and the pair put on another 32 in quick succession before Spiteri was adjudged LBW just 5 runs short of his century (95). With 60 runs required off the final 10 overs, Malta were still well placed for victory, however the dismissal of Khanna (25) and Naudi (23) saw the momentum shift again in Luxembourg’s favour. The Maltese lower order failed to see the home side through to victory, falling short by just 18 runs. The bowling honours for Luxembourg went to pace bowler Atif Kamal with 2 wickets for 28 from his 9 overs, while Vikram Vijh captured 2 for 29.

At the presentation ceremony, Luxembourg captain Tony Whiteman received the Winner’s Trophy, while Chris Fry was voted the Player of the Series with 77 runs and 7 wickets. 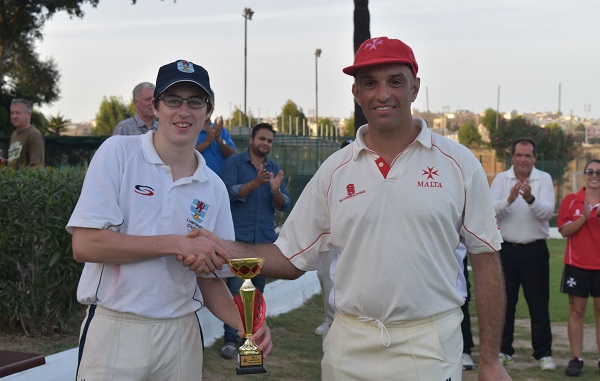 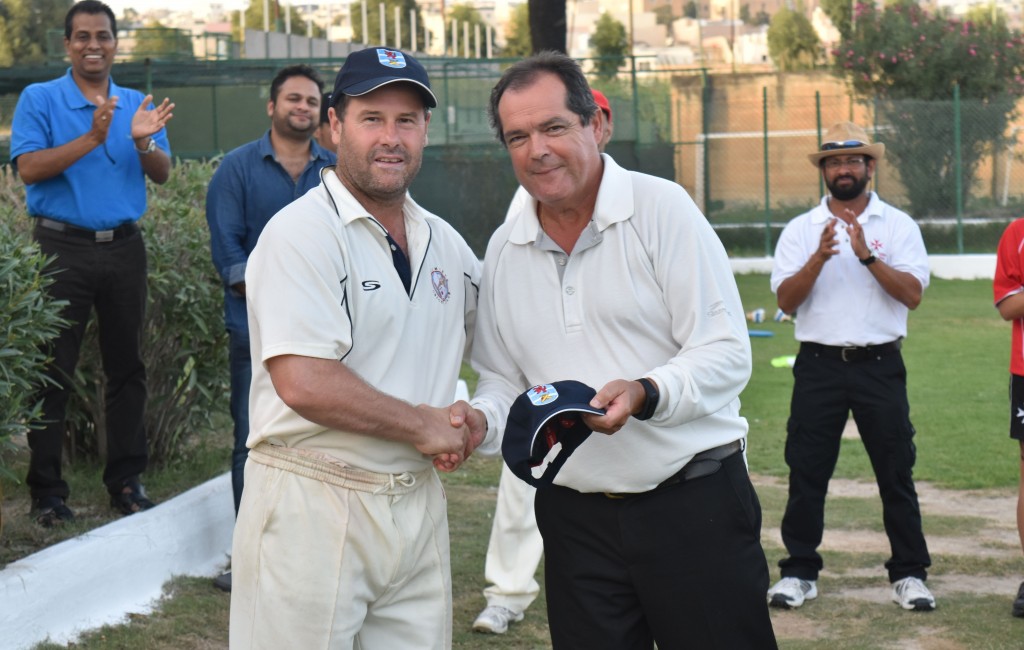